I was contacted by K40 in August about reviewing their portable radar and laser detector, the K40 RL100.  I wanted to make sure I got a good feel for the product before giving my opinions on it.  I’ve used this product for a solid six months and found all kinds of laser, radar, and speed traps with it during that time.  I’ll break down some K40 history, my experience with the unit, and my recommendations.

If you’ve never heard of K40, there might be a reason.  K40 is without a doubt the biggest name in custom-installed radar and laser detectors.  About a decade ago, I worked in custom audio and car electronics, and K40 systems were the only way to go for custom-installed radar and laser detectors.  More people don’t know about them because the systems are designed to be hidden from sight, and are usually so stealth that only a trained eye can spot them on the car.  Of course, when asked to test their newest non-custom installed product, I was happy to oblige. 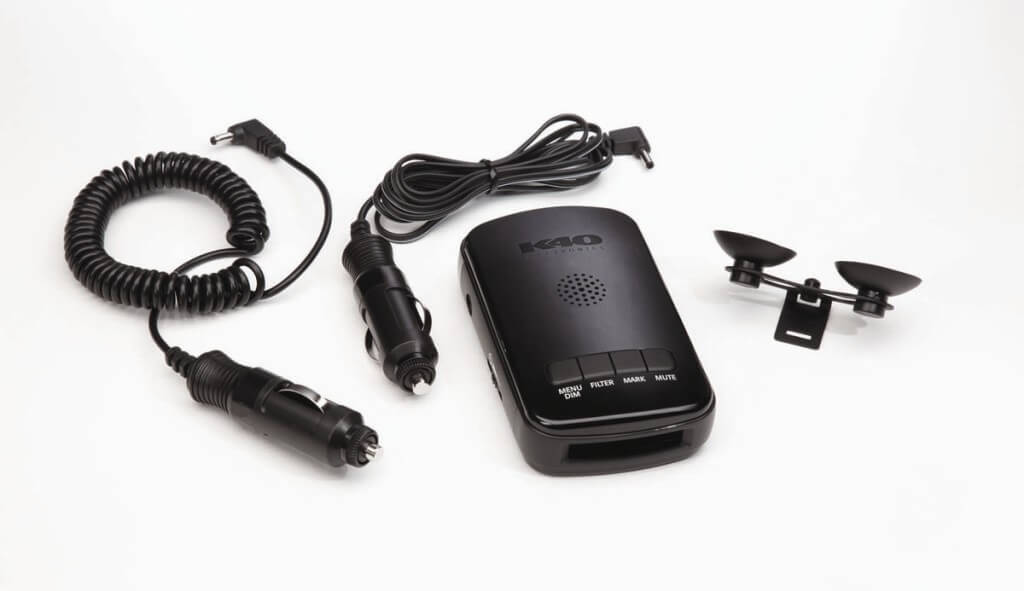 Initial impressions were very good.  The unit is small, light, and well built.  It includes both short coiled and longer straight 12v adapters, which come in handy depending on what car you have.  Considering that I get a huge variety of cars, from huge trucks to tiny city cars, the mounting really is well thought out.  The unit itself looks very high quality, with a shiny black top and more matte sides and buttons.  This shiny top can reflect sunlight on some windshields, but it’s entirely vehicle dependent.  This was the only small issue I had with the unit.  The display is a nice blue with white numerals and dims at the press of a button. 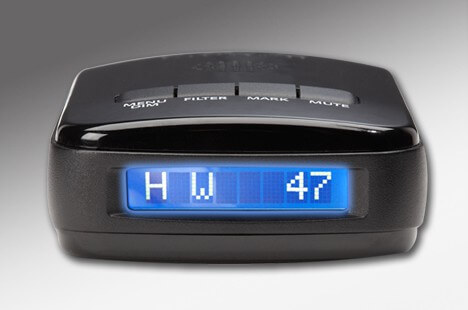 The display has 3 sections- the first letter indicates the mode you’re in-city, highway, or filter.  I used all three and liked how the filter eliminated false positives like automatic doors and shopping complexes.  The second letter, or pair of letters in some cases, indicates the direction of travel.  The third set of data is your speed- by GPS.  Yes, this radar and laser detector has GPS.  You can set custom alert locations easily and the unit will recall them by bringing up alerts on the display.

I was pretty surprised that the unit had GPS speed on it.  This was really useful for some of my project cars that don’t have working speedometers or tires off of factory size.  It’s also nice to just have a visual indication of your speed without looking down.  Think of it almost like a heads up display.  It’s also useful when picking up a radar or laser signal and you can easily judge how much to slow down.

I’ve never had a radar detector before, but have borrowed other friends’ units on trips.  I can say that the K40 RL100 is right up there with the best of them.  It’s fantastic that K40 will pay for your ticket if you get one, but judging by the performance of this unit, I doubt they’ll be paying for many tickets.  Especially because of it’s unique GPS speed and direction, I definitely recommend this unit to anyone in the market for a quality radar and laser detector.