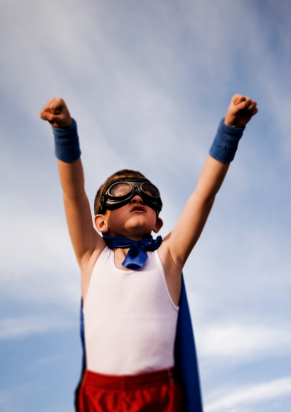 “Own Your Power” I said to a dear friend last week, with a note of frustration in my voice. Okay, maybe with a little more than a note…perhaps an entire symphony. I thought my statement was very clear and self explanatory. Evidently not, because the next day I was asked by my beloved and somewhat wounded friend what ‘own your power’ meant to me. I answered from my orange crate (where my children insist I perch when preaching) and noticed the up and down movement of his head followed by an agreeable, “that’s what the internet said.”

“I was confused by your statement yesterday to ‘own my power’ so I looked it up. There’s a lot of information on the topic.”

The rest of our conversation doesn’t really matter here. What’s important was my assumption that everyone understood the terminology because in my circle of family, friends and co-workers, we ‘own our power’ and are called out when we don’t.

As we take responsibility for our lives, starting with every word we speak, we live more empowered lives, and become less burdensome to the world around us.

Many would argue that the three questions meant the same thing. Those of us who choose our words and intentions carefully would disagree wholeheartedly.

“Is K40…” puts the responsibility elsewhere, making this young superstar the victim of someone else’s decision. “Are we…” still passes the buck, but less obviously, because certainly there are more of ‘them’ than ‘me’ in that question. “I’d like…” takes ownership of the idea and the events and details that follow.

It’s a little detail in a little meeting. But it matters. It matters a great deal to the people who call K40 their home and to the people who buy and sell our products. We choose our intention, our words, and our actions. We live empowered, abundant lives, giving and receiving joyfully. And we are gratefully blessed.