There’s an unfortunate misconception by many drivers that they don’t need a radar detector because they don’t speed or their vehicle isn’t fast. With 41 million speeding tickets issued annually costing U.S. drivers over $6.2 billion in fines (which doesn’t include insurance premium increases!), many of these tickets are received by self-described safe drivers in your typical sedan type vehicle.

Over our last four decades of giving drivers guaranteed protection from speeding tickets, we’ve certainly protected a lot of different vehicles, from hybrids to luxury and exotics as well as the family or work van.

However, vehicle ownership trends started changing a few years ago and it really caught our attention in 2017. There was one vehicle type that really started showing up – pardon the pun – on our system registration ‘radar’.

While we saw a growing trend in truck owners registering K40 systems beginning a few years ago, 2017 really was a banner year as trucks comprised two of the top five vehicles registering a

full custom-installed K40 radar/laser protection system.  And independent research sources are finding two of every three new vehicles sold were classified as trucks…with the most expensive models selling the fastest!

So, what’s the driving force behind this shift in vehicle type preference? It’s more than just the Ford F150 being the best-selling vehicle in America for multiple years. This trend is likely the result of how modern trucks are viewed by drivers. With features and conveniences once found only in high end cars – from African mahogany interiors to 700+ horsepower – trucks are the new “image” vehicle drivers want to be seen in.

But just like other vehicle drivers, there’s one person truck owners don’t want to be seen by…a police officer with a radar or laser gun.

Someone You Should See

If you’ve made the decision to climb up into a truck – or are contemplating purchasing a truck soon – visit a K40 Authorized Dealer and they’ll tell you about all the K40 options they offer to keep you ticket-free guaranteed from police radar and laser guns. 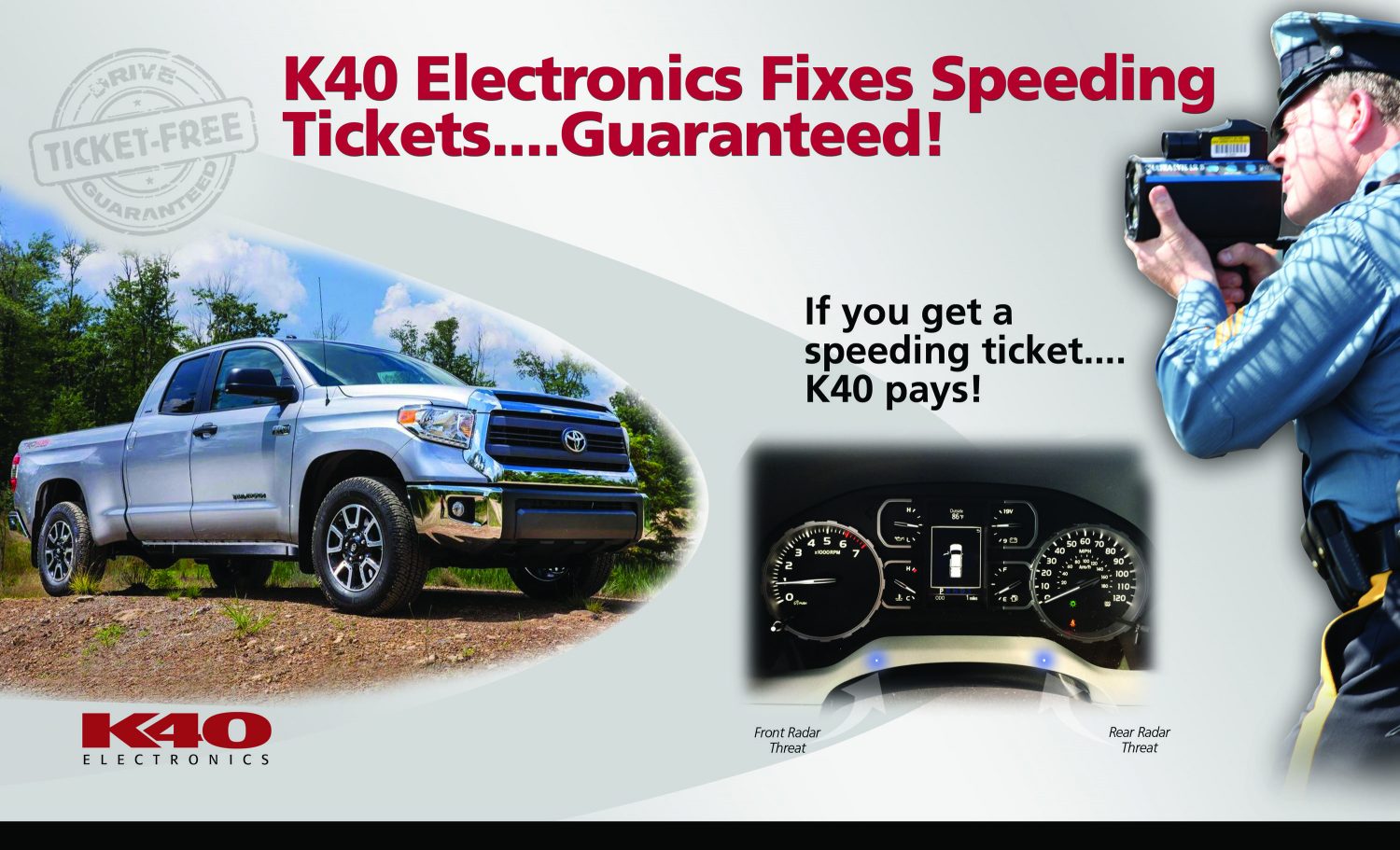