Vortex is a radar detector enthusiast who spends a lot of time learning, testing products, making videos, reviews, and product recommendations.  Vortex comes with a passion for countermeasures and an engineering background. Vortex has a lot of opinions about K40’s products and services.

In this blog, we will highlight the positive feedback Vortex has said about K40’s products and services. One of Vortex’s greatest compliments is regarding K40’s excellent customer service. K40 has helped keep drivers ticket-free since 1978. It takes more than great service to keep happy, loyal customers for over 40 years.

Vortex also highlighted the K40 RL360di Radar Detector having good Blind Spot Monitoring (BSM), “I found that the BSM filtering was quite good.” At K40, a significant investment was made to have top-level tech in regards to BSM. We call this K Band Filter, a filter that rejects most radar-based safety features that come from other vehicles so that drivers can focus on real threats.

“Now one of the things I like best about the K40 is the stealthiness of their installs in the cabin. Most radar detectors have some sort of display unit that you install in your cabin. The K40, on the other hand, has just a pair of alert LEDs that are installed somewhere in your dash.”

“…it does make for a cleaner, more hidden, and more OEM looking install.”

Discreet police radar detectors were pioneered by K40. Installations with discreet OEM finishes that uphold the integrity of the inside of your vehicle has been a priority since K40 launched its Undetectable UN series in the late 80’s. Vortex has noted the benefits of this professional and customized installation for your specific vehicle.

“…Personally I really like having a dedicated display and find it very helpful, but I can see the appeal of using a radar detector without one.”

K40 was also the first radar detector manufacturer to co-launch an integration-ready system that works with select Kenwood and JVC receivers. If a display is something you prefer in your radar detector installation, K40 has customizable options for you.

“…your radar and laser alerts can show up on your head unit, you can more easily change settings, and you can do things like mute signals and lock out false alerts from your head unit instead of from the smaller remote control. This is actually pretty slick. Once K40 made this available, Escort also worked with ADS to bring this same functionality over to their remote products, but it’s a cool option for those who run a compatible aftermarket stereo.”

K40’s position and priority are ultimately to keep drivers from getting a speeding ticket. We have measured the success of this commitment since 1984 with the industry’s first ticket-free guarantee. To us, the best radar detectors are the ones that you trust. When your radar detector goes off, you believe there is a threat nearby, and you slow down. We call this the balance between sensitivity and selectivity. Having the longest range is a marketing tactic and doesn’t do the driver any good if a radar detector is alerting to non-police signals so often that they no longer react. That being said, Vortex doesn’t like the range that our radar detectors provide. In all of the radar tests run by Vortex, K40 offered the driver more than twice the ticketing distance of advanced warning and maxed at more than three times the ticketing distance.

“Note: The actual kill zone where the radar gun could acquire my vehicle’s speed was at around 400 feet.…it did provide enough warning in easier scenarios… in more difficult scenarios it only provided a few seconds of advanced warning.”

To write a speeding ticket, the police officer must have a line of sight. Laws differ state to state, but typically officers are legally writing tickets from 1,200 feet or less; remember, the Vortex test’s kill zone was 400 feet. A few simple speed over distance and time calculations will give you some perspective on what a few seconds mean in a driving situation:

Speed Over Distance and Time Calculations:

Using the radar test average alert distance in what was noted as K40’s most difficult scenario: 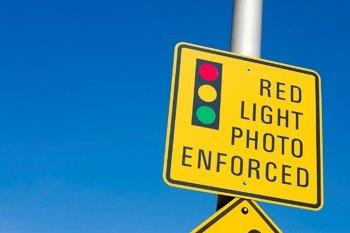 “…they have the ability to manually mark locations you want to get alerted to every time you pass.”

The K40 feature, Mark to Alert, allows you to build your own point of interest database. Vortex mentions that K40 radar detectors do not have an RLC database built-in, and that is correct. Google’s Waze is a great resource for providing additional road and traffic information. It is a free app with 110 million monthly active users that runs on your phone through your radio, Apple CarPlay, and Android Auto. We often recommend drivers use the Waze app in conjunction with our radar and laser systems if they want additional road information, including road hazards, traffic jams, or police reported in the area, red-light cameras, speed cameras, accidents, and construction zones, to name a few.

“One of the biggest improvements with the new K40 Defuser heads is that they’re physically much smaller. Using a diode, you get a smaller package and a better performing jammer. Smaller heads make the heads easier to install, they fit into tighter spaces, and they’re much less visible once installed on your vehicle.”

In Vortex’s performance test on K40 laser jammers, K40 products jammed the guns used except for the full-sized and compact Dragon Eye laser gun (DESL and DETC).
The Defuser Optix jammed to the gun against the Kustom ProLaser III “…which is one of the most common laser guns in use nationwide”.

We love Vortex’s simple explanation of the DragonEye laser gun. We couldn’t have explained it better! Because of how it works, K40 thought long and hard about describing its product performance against the DragonEye Speed Lidar®, specifically and for all of the reasons Vortex detailed above. It would be irresponsible to claim that K40 can “jam that gun, no matter what.” For that reason, when talking about the DragonEye, we always use the term combat. The definition of combat is to take action to reduce or prevent. That is exactly what we’ve done and what we are committed to continuing. 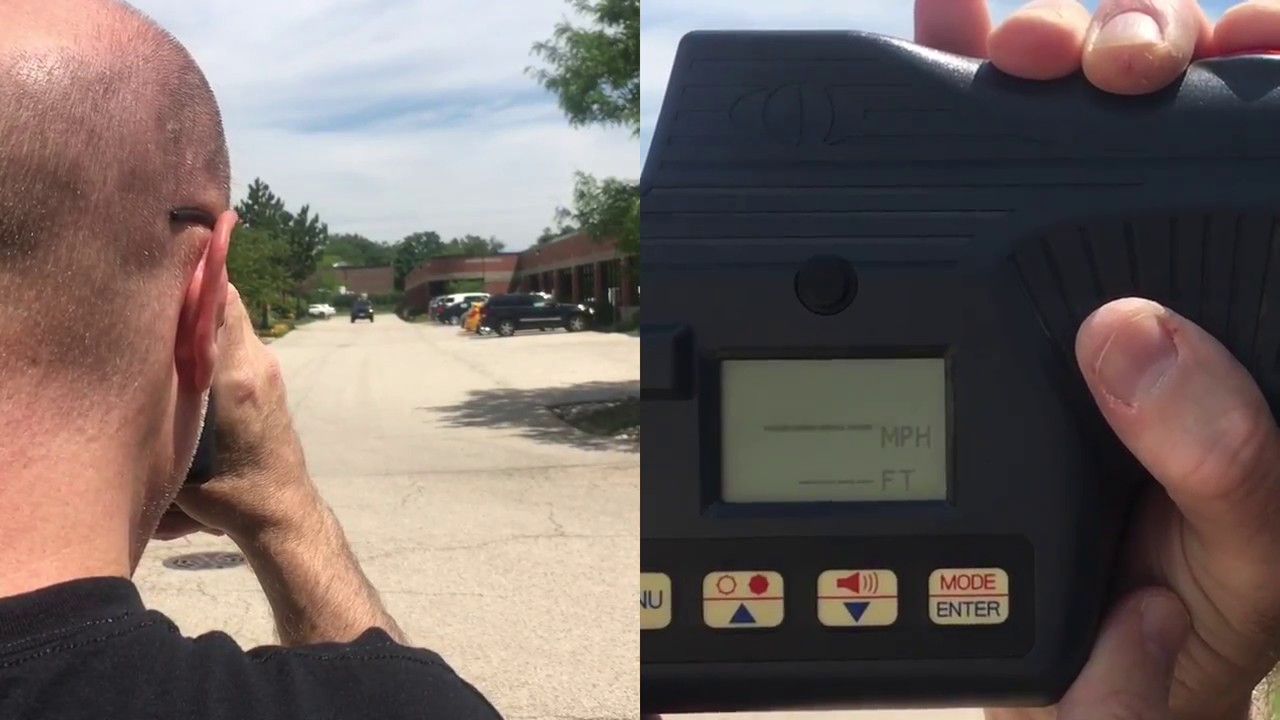 When we received the returned Vortex product, the Optix interface date code stood out. Unfortunately, Vortex did not test our most recent hardware version. With our latest technology, the test would have gone differently and given the tested gun versions a run for their money.

“Depending on the algorithm that the laser jammer is using, the jammer may be effective against some versions of the guns and not others. It may also be effective against one particular gun sometimes, but not in every single test pass. There are many variables at play here when we talk about “jamming DragonEye”. It looks like K40 is sort of able to jam older versions of the gun, but not consistently. In another test, @PY004 on RDF tested a Defuser Optix…he did have better results against the DragonEye. Against the DragonEye, it managed to jam all the way down to 150 feet when targeting center mass. It not only detected, but it also jammed it pretty effectively too.”

“Now when I called K40 before I did my testing and asked them about how they handled the DragonEye, they said that the Defuser Optix can indeed jam the DragonEye, but if there’s newer variants that have come out more recently that they haven’t yet updated to support, they wouldn’t be able to jam those guns. That’s a pretty fair answer and I appreciated them being straightforward with me.”

“There’s always been a lot of speculation around the legitimacy of these videos for multiple reasons. One of the reasons, for example, is you’ll notice the shooter’s fingers moves off the trigger on the close up of the gun, but not in the clip of the shooter aiming towards the car. Is it just two different test runs edited together and not the same run or is there something more going on?”

We can understand Vortex’s concern regarding the validity of the videos we posted showing the Defuser Optix combatting the DragonEye gun based on his experience. We answered Vortex honestly when he called, and we are intentional with how we communicated our product’s capabilities using the term combat. K40 has earned customer trust and loyalty for 40 years. We are committed to excellence and would not post any illegitimate videos.

“Something K40 is known for is their speeding ticket guarantee. Essentially, if you buy a K40 product and get a ticket within the first year of ownership, they’ll pay for the ticket. There is some fine print, but it is something that lots of people like. I think ticket-free guarantees are great as an added layer of insurance…” 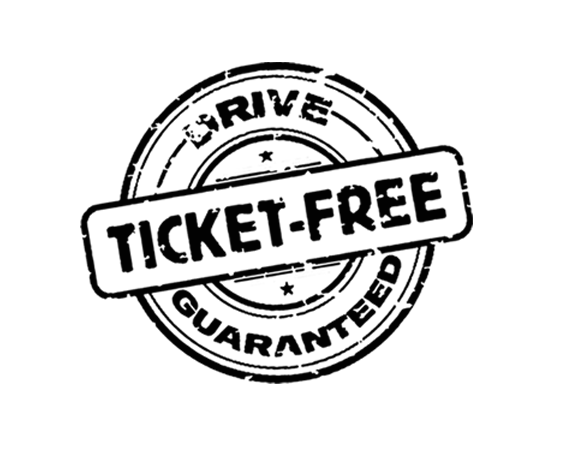 This guarantee came up a few times in the Vortex reviews, and he thinks they are a marketing tool. When Jim Liautaud, the K40 founder, decided to stamp his products with the industry’s first ticket-free guarantee, it was more a “put your money where your mouth is” promise than a marketing ploy. The more fine print or asterisks attached to a guarantee, the more of a gimmick it is. K40 pays for any and all speeding tickets within the first year. If you choose to go to traffic school or court? K40 pays. This guarantee affirms the confidence in the performance of our products and puts the money where it counts.

What tickets don’t we pay for?

K40 does not pay for tickets received in a school zone, construction zone, or received in conjunction with a DUI/DWI. We also do not pay for lawyers. For our Canadian customers, please review more information on what the ticket-free guarantee fine print includes.

This guarantee is more than marketing. For us, it is our quality control. We are still going strong after 40 years because of our high-quality products and how well they prevent speeding tickets for our fast-lane drivers. In those 40 years, K40 has also been an innovator, bringing many firsts to the market. Stay tuned: if you like our products now, you’ll love what the future holds!

“K40 has another that caught my eye: If your K40 radar detector or Laser Defuser does not outperform any other radar or laser protection system you’ve owned, return it within 30 days for a full product credit. Fortunately, I can confirm that I was able to get a complete refund for the K40 system I purchased. K40’s guaranteed doesn’t also cover install and uninstall costs though, so keep that in mind.”

“Something I do want to applaud K40 for is their customer service. Their service is some of the best in the business and my experience here has been stellar as well. They do a good job supporting their customers and they’re very friendly people. If you have questions, you can call and a person you’ll find people ready to help you out. When I called them before buying my system, for example, they were not only there to help answer my questions, but also followed up afterwards and were available via phone, email, or text, whatever was best for me.”

Compliments on our customer service are the best we can receive. We offer a 5-star service experience with good old-fashioned service and support to our loyal customers. Without their trust and satisfaction, we wouldn’t be here. Peggy Finley, K40’s President, put it best – “we begin every day at K40 with appreciation. Appreciation for our retail stores, car dealerships, and every customer.”

If you want to have a conversation about our products, service, commitments, or this review, please call us! Tenured, empowered K40 employees are ready to speak with you 24/7 at 800-323-5608.