Josh Boyd of Automoblog recently conducted an in-depth review of K40’s Platinum100 portable radar and laser detector. Josh is an enthusiast who offers unbiased product reviews and comparisons. Please read some highlights below or read the entire review.

First Impressions Of The K40 Platinum100 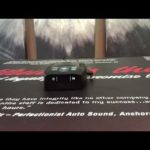 “While a quick glance at the K40 Platinum100’s lengthy list of features is certainly enough to pique one’s interest, I felt it best to withhold my final judgment until I was able to actually put this unit to the test. The following is what I found upon placing the K40 Platinum100 in my truck.”

“I especially enjoyed the Auto Filter feature that automatically adjusted detection strength based on the speed at which I drove. As K40 notes, it’s great for those of us who like a “set it and forget it” approach. At low speeds, sensitivity is reduced to minimize false alerts, while sensitivity is increased at high speeds to provide drivers with a lengthier response time.”

“One unique feature of the K40 Platinum100 radar detector is its remote control. The Platinum100 can be ordered with or without a remote. Both hardwired and wireless 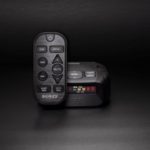 controllers are available for purchase, allowing drivers to customize their interaction with the Platinum100 interface.” 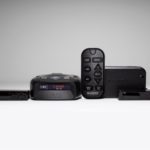 “Like the optional remote control, the Platinum100 is compatible with the optionally-installed K40 Laser Defuser Optix. This system can be plugged into the Platinum100, which gives drivers protection against police lasers. According to K40, the interface can fire up to five laser diffuser transponders at once to jam police laser guns, including the latest VPR (Various Pulse Rate) LiDAR guns.”

“Installing the Platinum100 in my truck was about as simple as one could imagine. I quickly secured the unit’s mount to my windshield, plugged in the included power cable, and was ready to go. The entire installation process took no more than one minute. If you can plug in a lamp, you can install the Platinum100 in your vehicle. It is that simple.”

“The K40 Platinum100 also comes with two cords at no additional cost. Both the curly and the straight hardwired cord are included.”

“Other extras include the company-backed Ticket-Free Guarantee. If you receive a ticket in the first year of owning (and using!) the unit, the company will pay it (of course, some conditions apply).”

“After a short jaunt down a local county road near my home, I entered the city limits and merged onto the interstate. Approximately one mile into my interstate travels, the K40 Platinum100 started to alert, and I began searching for what might have triggered its response.”

“With no sign of law enforcement, I was perplexed, wondering why the K40 Platinum100 continued to alert. After cresting a rise, nearly ¼ mile later, I noticed a cruiser traveling northbound while I was in the southbound lane. Upon this observation, the K40 Platinum100 immediately gained my trust”.

While K40 does not manufacture or offer a dashcam, Automoblog gives its readers options for those who want a dashcam, like those offered by Escort and Cobra which are compatible with some of their radar detectors.

“Whether you are unsure of a particular setting’s intended usage or are experiencing operational issues with your unit, we recommend K40’s 24/7 Live Consult Support line. According to K40, their sales and customer service staff tenure averages 20 years. This should provide consumers with the peace of mind to know their questions and concerns will be answered and resolved.”

“If you wish to protect yourself from incurring costly speeding tickets, while also retaining a quiet, distraction-free driving experience, there are likely few better investments than that of the K40 Platinum100. While there are other top-performing radar detectors on the market, K40 is still one of the best.”