Electric vehicles are a large part of the automotive future, and K40’s technology keeps pace with that technology to allow for the installation of its products in these high-tech vehicles.

Jerry Ricci-Ott has always been a car enthusiast, starting with Hot Wheels at the age of two, building his first V8 engine on a custom run stand at the age of nine, to getting his Nascar license at nineteen. He has always gravitated towards working on luxury and exotic automobiles.

Jerry’s first jobs included custom sound systems in luxury coach buses for celebrities to high-end sound systems and radar detectors in cars for sports personalities as an apprentice in the late 80s.

In 1994, he bought the company he was then working for, which eventually became Think Cartronics. While still focusing on the mainstays of the business, which were audio, video, and custom installed radar detectors, he expanded his product offerings as the wants and needs of his customers grew.

Today, Jerry and Think Cartronics have been installing K40 radar detection systems for over thirty years, and this category now makes up 99% of their business.

He was excited at the opportunity to do a complete radar and laser protection package on the 2022 Lucid Air Dream Edition. 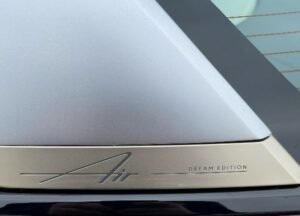 Lucid Motors is a new electric vehicle company specializing in luxury EVs as an option to Tesla’s Model S. Named Motortrends 2022 Car of the Year, Lucid Motor’s mission is “to inspire the adoption of sustainable energy by creating the most captivating electric vehicles, centered around the human experience. The company’s first car, Lucid Air, is a state-of-the-art luxury sedan with a California-inspired design underpinned by race-proven technology.”

Any vehicle with “race-proven technology” needs the protection of a K40 radar and laser defense system. The limited-edition Lucid Air Dream owner is a repeat customer who first came to Think Cartronics after Jerry had installed a K40 system on his brother’s car. This is the thirteenth car on which he has done radar installations between the two brothers’ collections of vehicles.

When asked how the installation went, Jerry said, “As crazy as it sounds, the radar receiver location was the most challenging part of the installation. After some disassembly and test fits, I found a location for the front radar receiver that will save hours on my next installation. The rear radar receiver location involved exploration and taking myself out of the normal thought process because the trunk of the car is solid metal down to the cosmetic and aero plastic panels, with no depth in between; along with that, the trunk cavity is a structural support that extends to the rear bumper brace with no room there either, but I figured it out.” 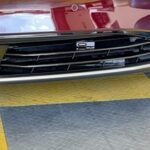 After every K40 installation, Jerry spends time with the client explaining the system components and pointing out component locations inside and outside the vehicle. Once inside the vehicle, Jerry goes over every remote control function with the client, asking questions and explaining programming options to customize the system to the vehicle and the driver. He then leaves the client in the vehicle and hits the system with a K-band radar source as well as a laser source so that they can experience and understand alert messages and tones. He then encourages the client to register their system with K40 and to call K40’s Consult line anytime during ownership to increase their comfort level with the programming of the system.

Although this was the fourth K40 system installation for this brother, this installation excited the client because of the LED placement. He did not want to see the LED alerting. He wanted the muted glow effect from the visual alerts. He left these placements up to Jerry, and he was extremely pleased with the outcome.

Exceeding expectations is part of the recipe for success for Think Cartronics. When asked what sets his business apart from his competitors, Jerry replied, “Detail and focus during the installation set me apart. Nothing is rushed. I take the time needed for each vehicle to be done correctly and to ensure that it will not come back due to a problem caused by a hasty installation. Regardless of how well I know the vehicle or how many of the same makes or models I have done, EVERY DETAIL MATTERS. When a client’s vehicle is in my possession, I treat it like it’s the first one I’ve ever seen. I appreciate everything about it. I demand perfection, and anything less doesn’t satisfy me. All my time and energy is focused on that specific vehicle until I deliver it.”

Jerry takes pride in being one of the first K40 dealers to install a K40 radar and laser protection system on this vehicle. He is happy to discuss time-saving techniques with other K40 dealers if they do a K40 installation on a Lucid Air Dream Edition.

K40 Electronics has the highest standards for its installation partners, and Think Cartronics meets and exceeds them all. If you are in the Houston, TX area and are looking for vehicle upgrades, we recommend you call or visit Jerry and the team at Think Cartronics.

You can find an Authorized K40 Electronics sales and installation center in your area by visiting our website or call us anytime at 800-323-5608.