Should I purchase a police radar detector, police laser jammer, or both?

The perfect protection system for any vehicle is a combination of a good long-range police radar detector and a strategically installed laser jamming system. K40’s systems are a-la-carte so that you can start with any of our radar detection options and add on the laser protection that is right for you and your vehicle.

Want to start small and build your system over time?  No problem, below we break down why it’s most important to cover your radar detection needs first, and then add on Laser Defusers whenever you want! 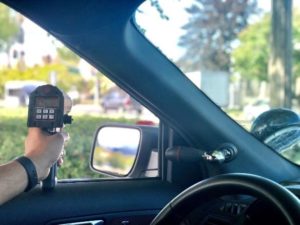 What is the history of police radar guns and radar detectors?

Radar detectors have been around just about as long as police radar guns. The first radar detector for automobiles came to the market in 1960. Since that time, the FCC has authorized only three radar bands for use in radar traffic enforcement. The bands authorized are:

Here’s why they are still the preferred method of catching speeders:

How do Laser Defusers help with Police Laser Guns? 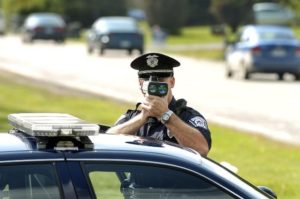 Traffic enforcement officers first began using police laser guns in 1989. However, it wasn’t until 1994 that K40 Electronics introduced the first-ever Laser Defuser™. Depending on the police laser gun being used, Laser Defusers buy you time to slow down by transmitting a light signal that causes the officer’s gun to receive either a common error signal or no reading at all.

Police laser guns have increased in popularity since their introduction. However, they account for only roughly 20% of speeding tickets issued in North America. In addition, laser guns have limitations and drawbacks that may explain their limited use, such as:

K40 Electronics helps you with all of your radar detection needs. Learn more about how police get your speed with our team and what you can do to avoid speeding tickets.

K40 recommends that every driver uses a radar detector since 80% of tickets will come from radar. You can opt for a portable radar and laser detector like K40’s Platinum100 or go for the ultimate in stealth and get either the Platinum360 or Platinum200 custom-installed radar detection systems.

Suppose you live or drive in an area where police regularly use laser guns (primarily used by state police and county Sheriffs on interstates and highways). In that case, you might consider adding Laser Defusers to your vehicle.

K40 offers a personal consultation service to everyone. Call 800-323-5608 day or night, and we would be happy to discuss your protection needs based on your vehicle, your driving style, and where you live and drive.